SPECIAL! $13.59 Travel Book, The [LPK US]: Mind-Blowing Stuff on Every Country in the World (Lonely Planet Kids) 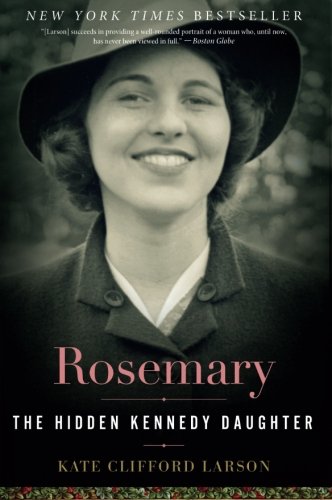 "[Larson] succeeds in providing a well-rounded portrait of a woman who, until now, has never been viewed in full."—Boston Globe

​“A biography that chronicles her life with fresh details . . . By making Rosemary the central character, [Larson] has produced a valuable account of a mental health tragedy and an influential family’s belated efforts to make amends.” — New York Times Book Review

Joe and Rose Kennedy’s strikingly beautiful daughter Rosemary attended exclusive schools, was presented as a debutante to the queen of England, and traveled the world with her high-spirited sisters. Yet Rosemary was intellectually disabled, a secret fiercely guarded by her powerful and glamorous family.

In Rosemary, Kate Clifford Larson uses newly uncovered sources to bring Rosemary Kennedy’s story to light. Young Rosemary comes alive as a sweet, lively girl adored by her siblings. But Larson also reveals the often desperate and duplicitous arrangements the Kennedys made to keep her away from home as she became increasingly difficult in her early twenties, culminating in Joe’s decision to have Rosemary lobotomized at age twenty-three and the family’s complicity in keeping the secret. Only years later did the Kennedy siblings begin to understand what had happened to Rosemary, which inspired them to direct government attention and resources to the plight of the developmentally and mentally disabled, transforming the lives of millions.

“The forgotten Kennedy is forgotten no longer. Rosemary is a rare thing, a book about the Kennedys that has something new to say.” — Laurence Leamer, author of The Kennedy Women

The Art of Racing in the Rain: A Novel

Mad City: The True Story of the Campus Murders