SPECIAL! $11.55 What You Should Know About Politics . . . But Don’t: A Nonpartisan Guide to the Issues That Matter 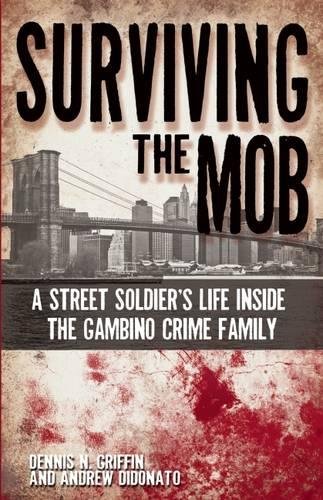 Surviving the Mob: A Street Soldier’s Life Inside the Gambino Crime Family

What do you do when the law wants you behind bars and the New York crime families want you buried?

That was the life-and-death dilemma confronting Andrew DiDonato, who began his criminal career at age 14 under the watchful eyes of the local Mob.

By the time he was 17, the infamous Gambino family made DiDonato an associate of the Nicholas Corozzo crew. For the next 14 years, he was a loyal street soldier, immersed in dangerous and profitable criminal activities: burglary, forgery, extortion, loan sharking, car theft, bank robbery, counterfeiting, drug dealing, credit-card and insurance fraud, witness tampering, weapons possession, and attempted murder.

He was also involved in the underworld gambling operations, which took in millions dealing dice and cards, booking sports and horses, and running numbers. Between these pages you'll find the most in-depth look at Mob gambling ever.

At age 31, DiDonato ran afoul of both the law and his friends, turning him into a hunted man on two fronts. After 17 months on the run, the law caught him first.

The Beginning of Politics: Power in the Biblical Book