SPECIAL! $17.05 Computing with Quantum Cats: From Colossus to Qubits

SPECIAL! $14.70 HBR’s 10 Must Reads on Leadership (with featured article “What Makes an Effective Executive,” by Peter F. Drucker)

SPECIAL! $15.99 I Never Had It Made: An Autobiography of Jackie Robinson 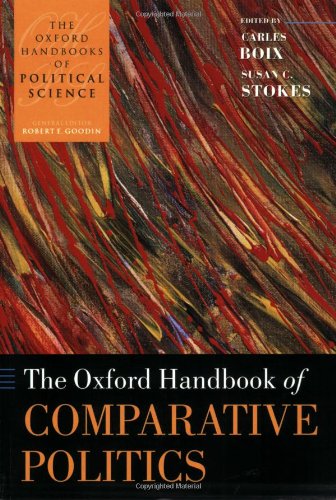 The Oxford Handbook of Comparative Politics offers a critical survey of the field of empirical political science through the collection of a set of chapters written by 48 top scholars in the discipline of comparative politics. Part I includes chapters surveying the key research methodologies employed in comparative politics (the comparative method; the use of history; the practice and status of case-study research; the contributions of field research) and assessing the possibility of constructing a science of comparative politics. Parts II to IV examine the foundations of political order: the origins of states and the extent to which they relate to war and to economic development; the sources of compliance or political obligation among citizens; democratic transitions, the role of civic culture; authoritarianism; revolutions; civil wars and contentious politics. Parts V and VI explore the mobilization, representation and coordination of political demands. Part V considers why parties emerge, the forms they take and the ways in which voters choose parties. It then includes chapters on collective action, social movements and political participation. Part VI opens up with essays on the mechanisms through which political demands are aggregated and coordinated. This sets the agenda to the systematic exploration of the workings and effects of particular institutions: electoral systems, federalism, legislative-executive relationships, the judiciary and bureaucracy. Finally, Part VII is organized around the burgeoning literature on macropolitical economy of the last two decades.

This Book Has Balls: Sports Rants from the MVP

The Beginning of Everything

I Never Had It Made: An Autobiography of Jackie