SPECIAL! $13.49 The Barstool Book of Sports: Stats, Stories, and Other Stuff for Drunken Debate

SPECIAL! $25.53 The Elements of Computing Systems: Building a Modern Computer from First Principles

Home » Crime » True Stories of Law & Order: SVU: The Real Crimes Behind the Best Episodes of the Hit TV Show 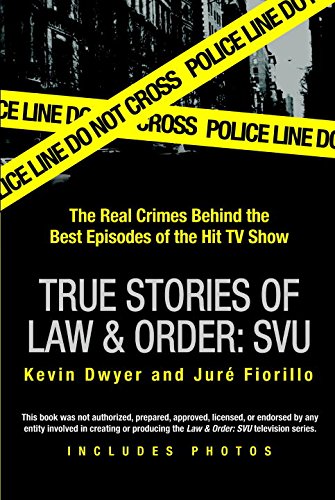 True Stories of Law & Order: SVU: The Real Crimes Behind the Best Episodes of the Hit TV Show

The crimes, the suspects, the trials-as they really went down.

True Stories of Law & Order: Special Victims Unit focuses on twenty-five of the scandalous true crimes that real detectives have grappled with- the facts behind the fictionalized stories on the phenomenally popular TV show. Beyond the actual crimes, the entire criminal process is covered-from investigation and arrest to trial and verdict. This book reveals in-depth accounts of some of the most monstrous offenses recreated on the hit series, including the gripping story of a teenage love triangle that led to the murder of a young girl and the deadly confrontation between the FBI and David Koresh's cult that made national headlines.

Stopping these criminals is only the beginning. Confronting the deep psychological scars left on their victims is the real challenge. This collection offers fans of the show and those interested in crime-solving techniques a glimpse of the real stories and real people behind some of the most notable, notorious, and gut wrenching cases of sexually-based crimes in recent history.